I am a paedophile and a rapist 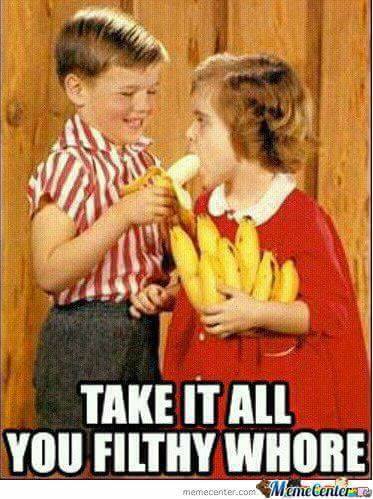 I was talking to a friend of mine today. We discussed her ability to avoid gagging when having objects in her mouth and throat. An interesting subject during working hours as you can imagine.
However the discussion soon pored over into feminism and what a politically correct person would say to her in case the topic spilled over a coffee table. A woman should of course never enjoy giving a man pleasure. Especially not while performing a job usually associated with stimulating movies.

Contrary to popular feminist belief most men want a confident intelligent woman to whom he can both talk to and, on occasion, also enjoy while she is acting out her fellatio skills. There is no contradiction in being a strong woman and wanting to look beautiful. There is no contradiction in being a independent woman and love the act of sex. However this, that should be the feminist creed, is not accepted by the politically correct and it is not the proper way to behave. In essence the agenda of the high and mighty is to reduce females and men to mechanical beings in need of a government approval stamp.

Sadly this also spill over into how we behave towards each other.

In case you missed This Story it is a sad tale of how the righteous politically correct have transformed people into mindless automatons afraid of everything from the terrorists hiding in every bush to be afraid of getting accused of paedophilia at every turn.

As a man I know this all too well.

If I were to take a job at a daycare center people would whisper behind my back and take out their kids to put them at another center or outright ask me why the hell I love working with kids. As a man I know that I am a rapist in the making - eagerly I stroll about wondering how to best find a dark damp basement where I can put my female victims. As a man I know it is just a matter of time before I hit my girlfriend/wife (or a random woman) and perhaps give her HIV in the process. As a man I know that holding up a door, offering my seat at the bus or when showing politeness towards women I am actually asserting my dominance and furthering the patriarchate agenda.

I know this isn´t so in all countries or cultures, but in Sweden definitely and apparently also in the UK. A few may argue that I am exaggerating, and the politically correct and their feminazi horde would certainly state that I am a bigoted fascist caveman out to destroy their beautiful dream of love and cute puppies, but the road is now frequently traveled and THIS is one clear result.

Not that the feminazis with friends are solely responsible, we also need to factor in government and the statist agenda whereas anyone, but especially kids, trying to be self-sufficient or trying to assert control over their own lives; is a horrific person – a person needed to be corrected, or perhaps incinerated?

Everyone know only the government can help. Anyone loose from the herd need to be re-educated and told what correct behavior is, and anyone uttering words like “home-schooling” or “self-determination” or say "I want to eat whatever I want" is clearly a person deeply troubled. Such a male individual is labelled with the government disapproval stamp of anarchist, fascist, conservative thug, and is told that he simply do not understand – in many cases he do not understand because he is not a woman. A woman is treated even worse. A woman stating she wants to be a house wife or wants to be a stay-at-home mom or, worse of all; if she says she love pleasuring her man then she is clearly delusional and need of pills: Time to go to the doctor Missy, keep gobbling those pharmaceuticals and for God´s sake stop shaving your armpits! Don´t you know that shaving off body-hair is only a way of making you look younger so your paedophile of husband can fuck a child?

The future is already here, and it is a poorly dressed hairy woman screaming “rape” as soon as you hold up the door.

This so called civilization cannot dissipate fast enough – where the hell is that enormous comet that will end it all? Hopefully that comet will be shaped as a penis penetrating the space between the two balls of the Moon and the Earth and then piercing our lands with loud sigh, now that would be irony.
Upplagd av Anonymous kl. 4:32 AM No comments:

Hush! Do not complain!

The Cautionary Revelation of The Apocalypse

Just because you're paranoid, doesn’t mean they aren’t out to get you.

Earlier end of the world crap

Were our destiny unfolds

E-mail, phones and ALL Internet Communications to and from Sweden, or via servers in Sweden, is monitored by the National Defence Radio Establishment. This information is then sold/shared with other nations.

*this is not only relevant for Sweden anymore, but my birth nation is no longer a democracy. How long before your country joins this fascist wet dream?

Agenda of the Climate hoax

The Secret to the Universe

Greatest Depression and then...